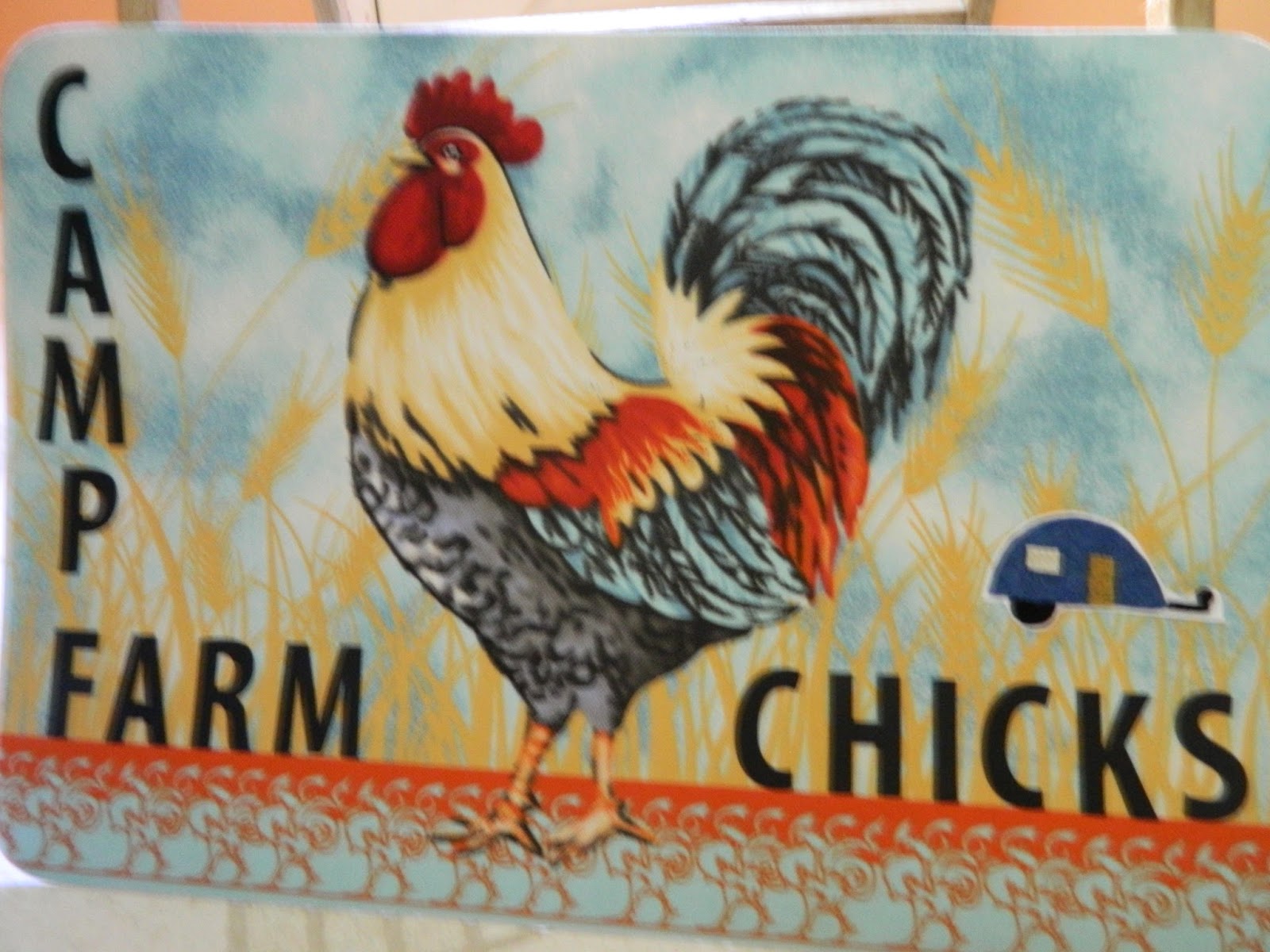 For the last 6 years, we've used the annual Farm Chicks Antiques Show in Spokane, Washington, as a reason to camp out together at a nearby state park. This year was no exception, yet was exceptional if only for one reason:

The weather was perfect! No rain, no gusty afternoon wind, no cold nights…not always the case for the first weekend of June. Nobody had to get out the tarp! 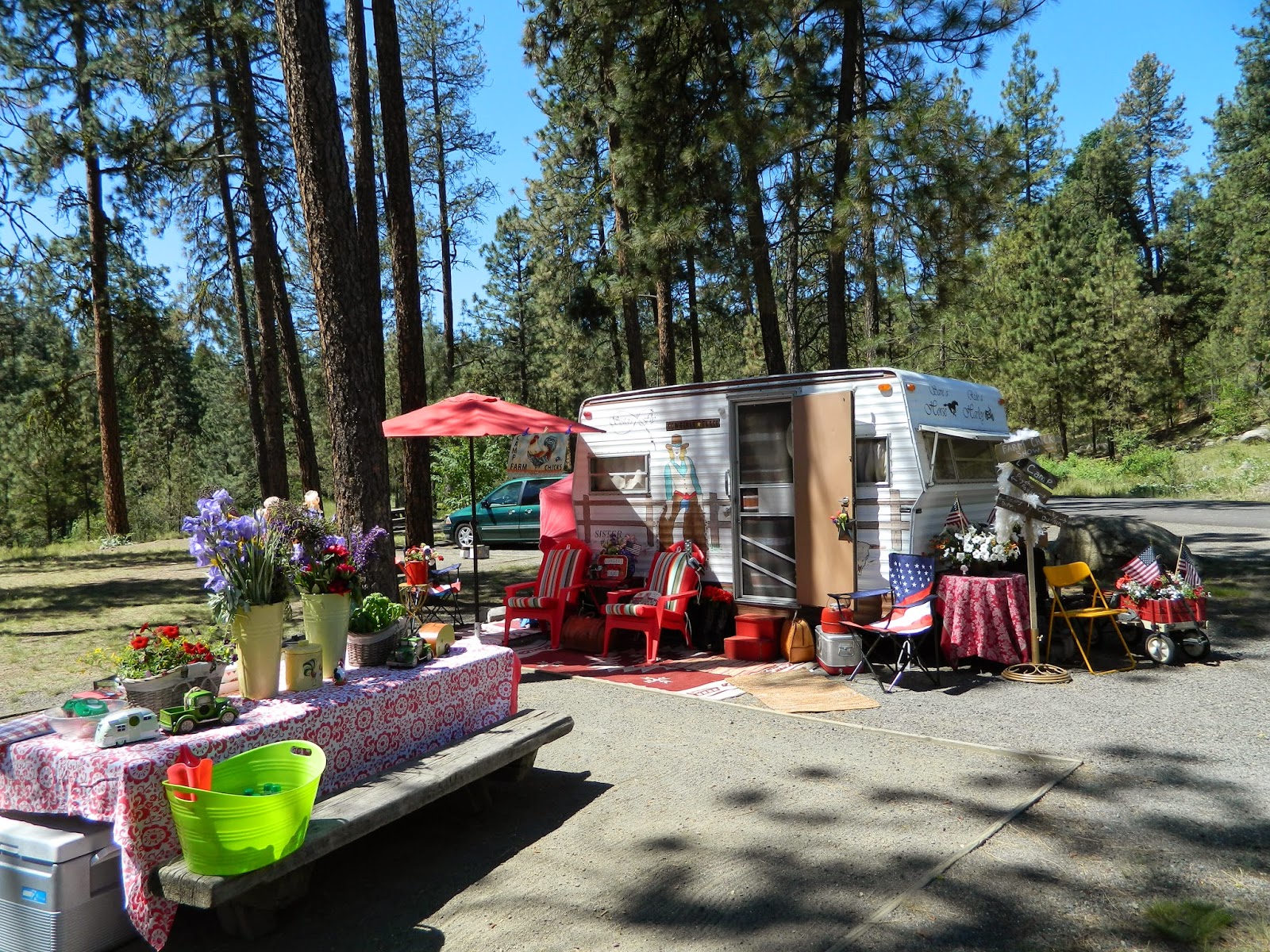 I arrived a day early with Iron Pony, just to stretch out my camping time along the Spokane River. A few others did likewise. That's one bonus of planning a gathering at a public park as opposed to private property--you can come early and/or stay longer without inconvenience. 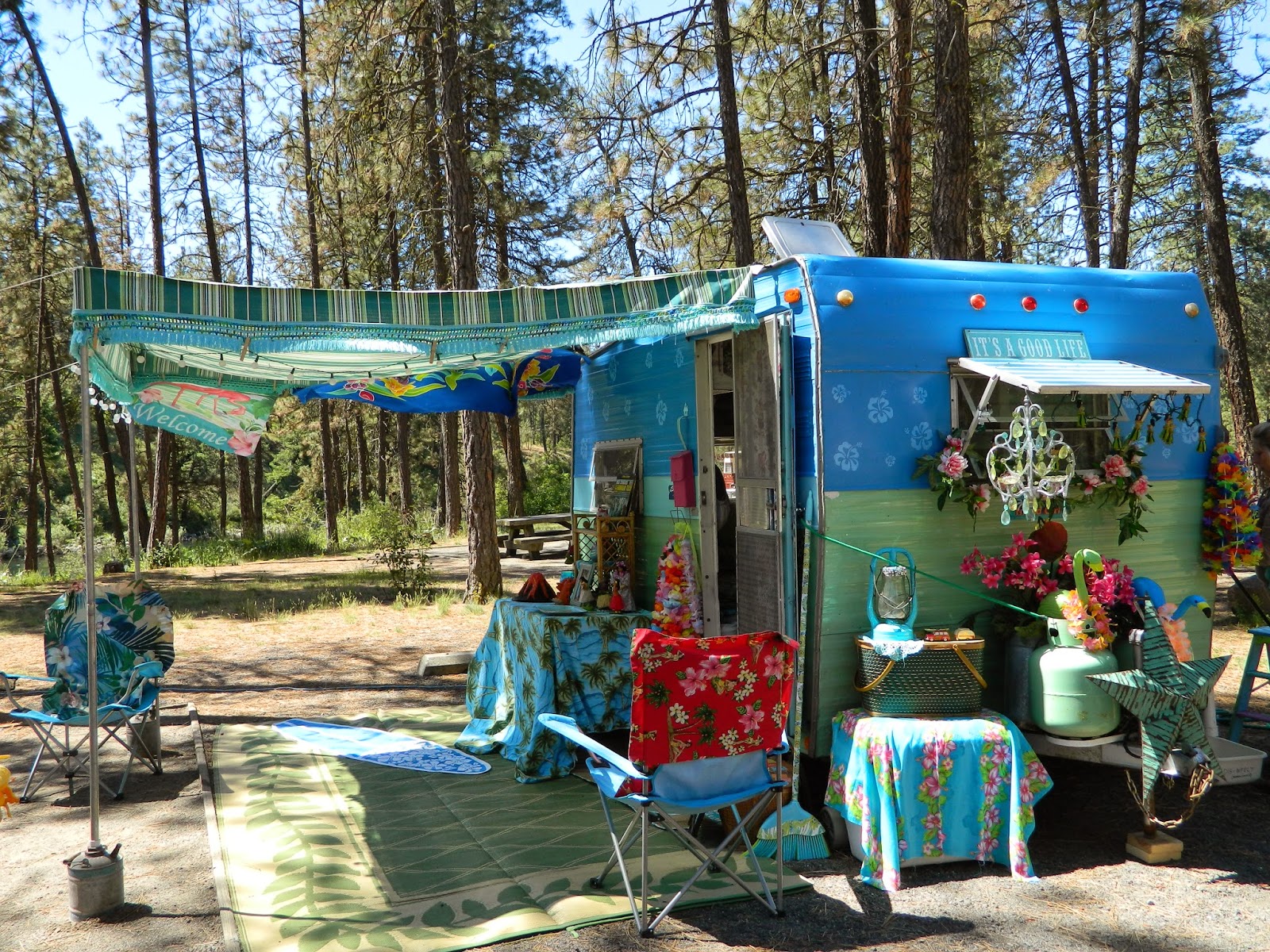 The campsites offer room to spread out, so we did! This is Miss Mig's setup with Island Girl--part of it, that is, because it includes a separate bar and entertainment area, as well as a dishwashing station. 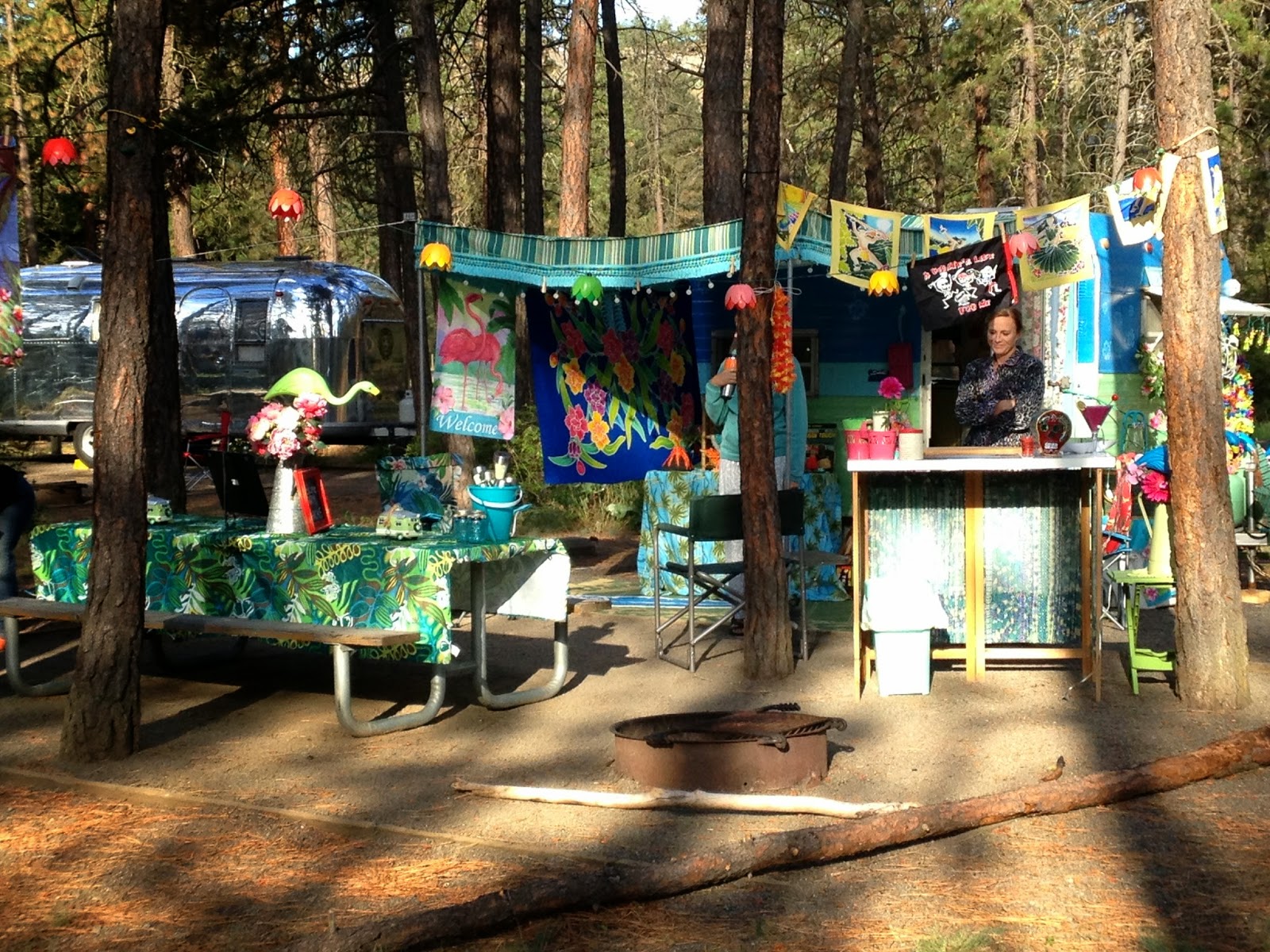 It's a natural drop-in spot, because it's so inviting. 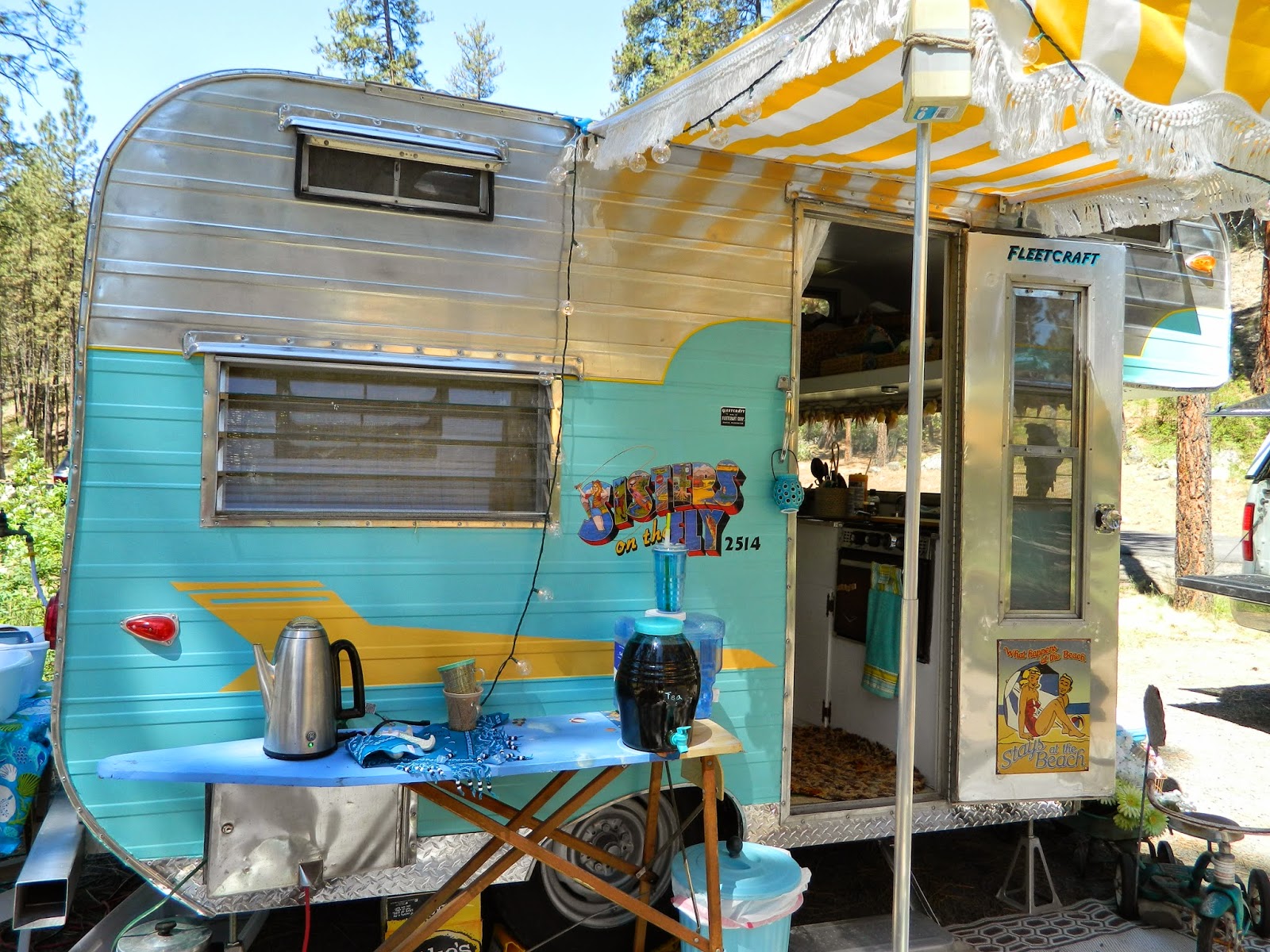 We were thrilled to see Miss Sherry's labor of love, Shanty Shack, all dressed up and ready to be admired after a laborious rehab. Sherry has so many talents that we probably haven't seen more than a portion of them yet! 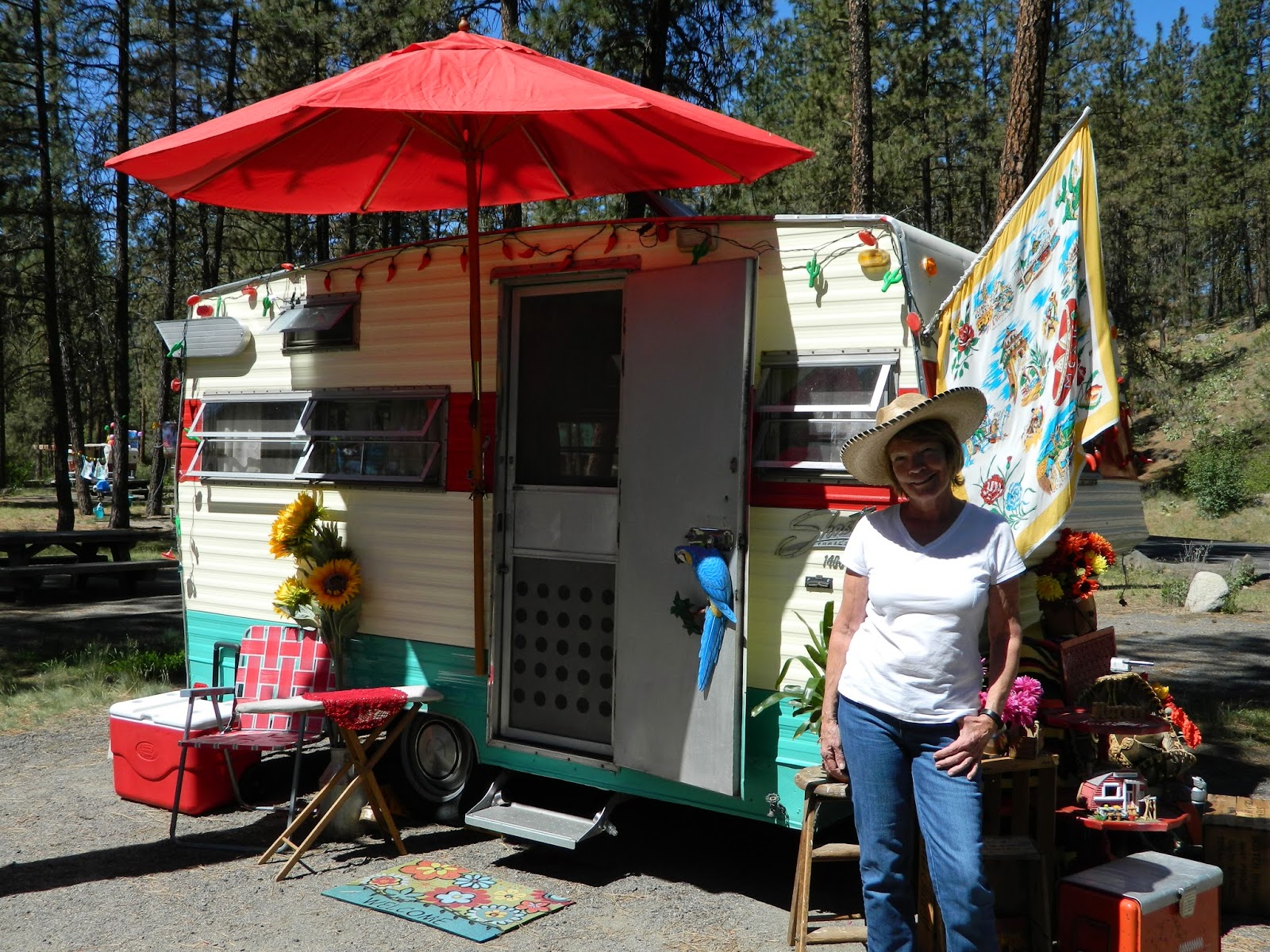 Miss Karen and Driving Ms. Daisy always have style and smile to spare. Karen made dinner for the early-bird gang--a nice treat.

I'll be back later with more of the Farm Chicks '14 photos, but for now, must go get a few other things done!
Posted by Girl Camping Girl at 8:34 AM 2 comments: