Go Ahead--Act Up a Little! 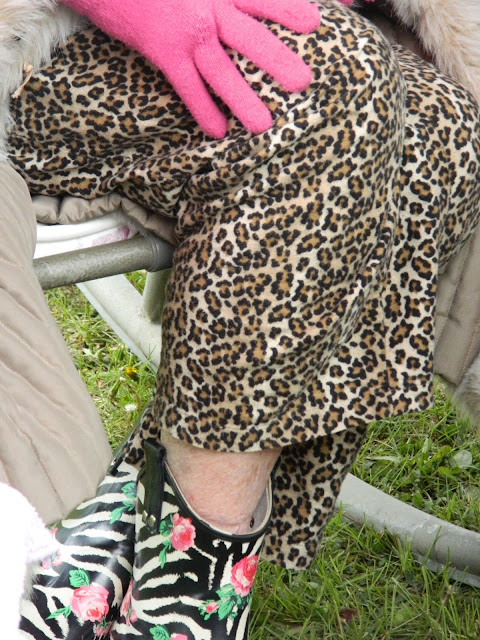 When a group of independent women gets together to camp, there's one thing you can be sure of: 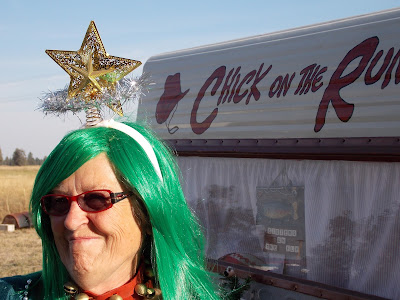 Some hair is gonna come down! And it might even be green...or pink or purple!

Because letting loose and making fun memories is really what it's all about. 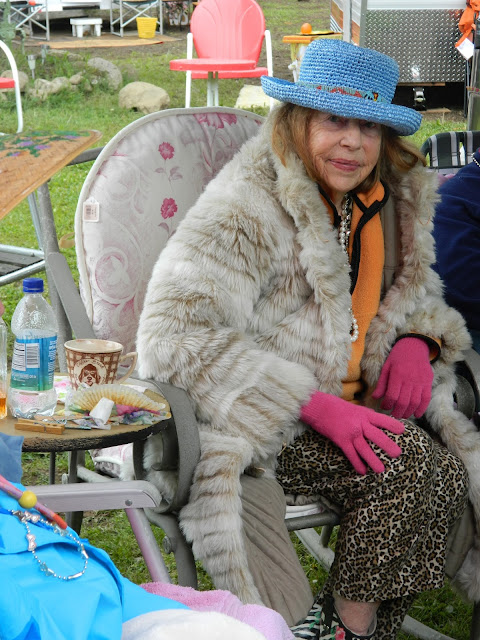 You can wear whatever you want. From 'everyday' to 'outrageous,' it's all good. And if you want to throw some pearls in with your mud shoes, no one will laugh. Instead, they'll probably be inspired to act up a little bit themselves. 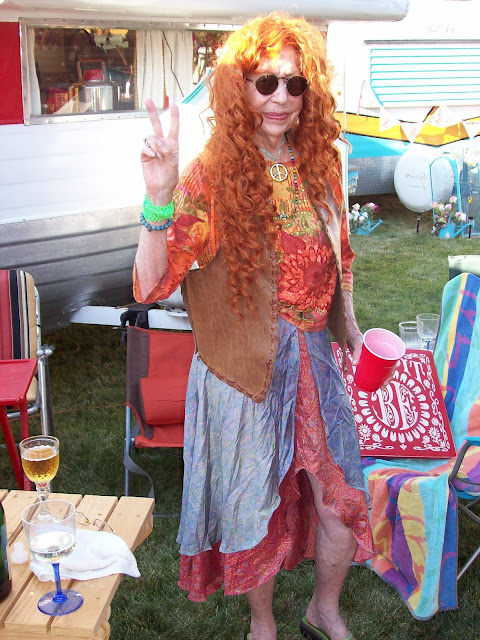 If you decide to turn yourself into Janis Joplin, because that's who you feel like being for a day, go ahead! 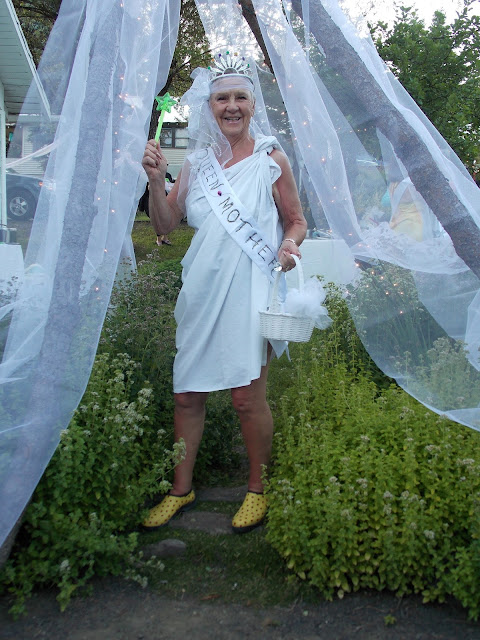 Throw on some whimsy, if not a goofy outfit, and you'll re providing good fun-medicine for everyone else. (But if you just want to be part of the giggling audience, that's OK as well.) 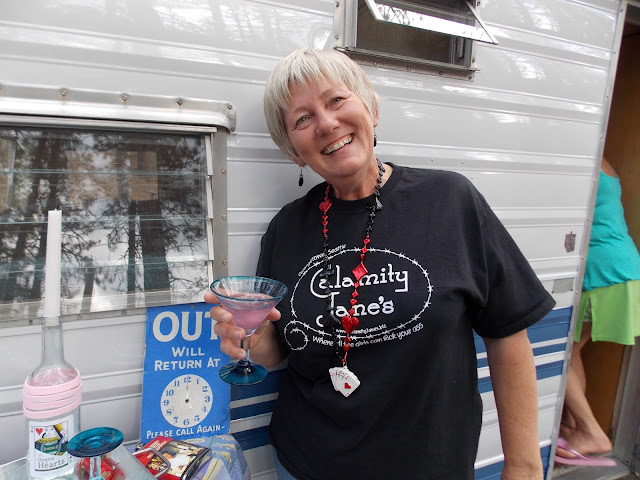 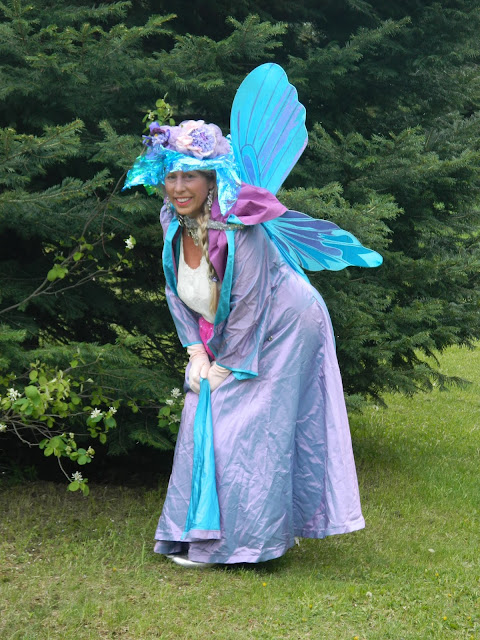 Even the forest critters had to smile at this apparition wearing wings. 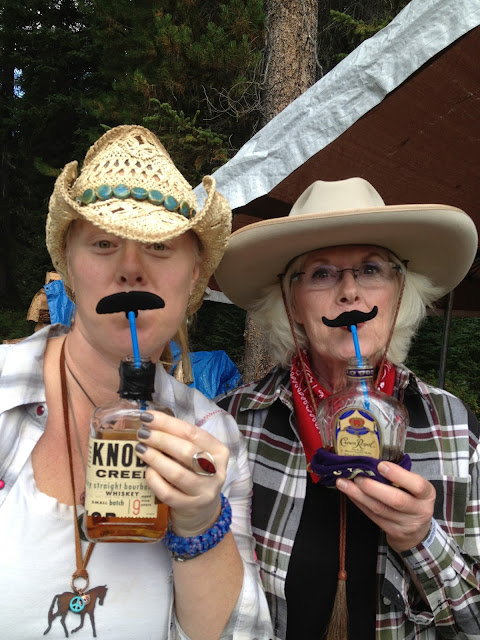 So why not toss a couple of 50-cent mustache-straws into a trailer drawer? You never know when that urge to step out of your social norm will hit! And the other gals will love you for it! 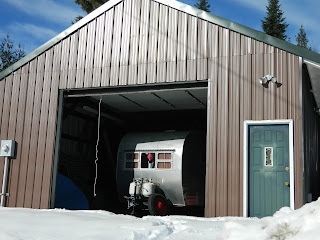 The groundhog didn't see his shadow today--all the major networks carried the happy news. According to lore, this means an early spring.

But we knew this already, because the vintage trailer didn't see her shadow, either!

Minus the jesting, Groundhog's Day, February 2, is the halfway point between the winter solstice (shortest day of the year) and the spring equinox (first day of spring). It the northern hemisphere, it marks the noticeable return of light, at both ends of the day.

This alone is meant to stir the spirit--and does, in ways that make us eager to stir from hibernation, step outside, and breathe in all that a coming new season has to offer.

'February fever' is a real thing. And a good motivator, too, producing the energy to plan, go, and do.

What do you think--do you have February fever this year?

Pretty Crib Linens--Put to Use for Girl Camping 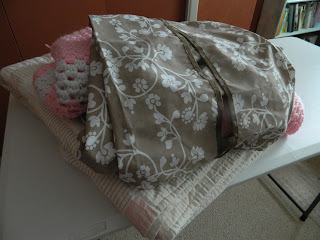 On a recent visit to our small-town thrift store, I came upon a donated bag of crib linens. I have no one in a crib to buy for. But the color scheme, with pinks, browns and cream,  matches that of a trailer I'm working on, so I took a closer look.

'It's 4-buck-a-bag day,' said the counter volunteer, in an encouraging tone. 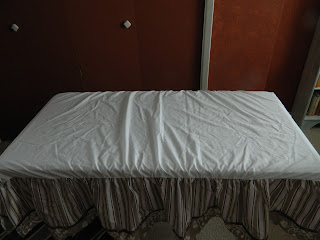 The set included a crib-sized dust ruffle. Eureka--that size is a perfect fit for the top of a 4-foot folding table--a utilitarian item that's standard in my Girl Camping gear due to its many uses. 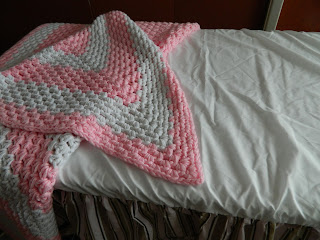 The hand-crocheted afghan--surely made with love--gives the tabletop a warm, pretty top layer, and can be used for personal cozy-up use as well. 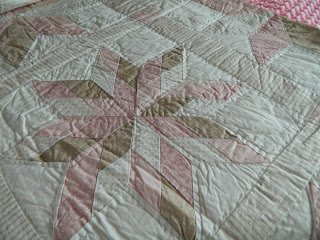 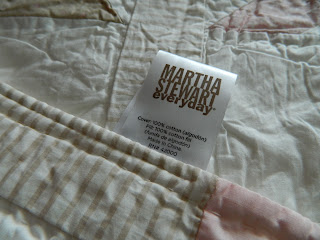 The crib set's quilt, a machine-made item from Martha Stewart, will make a perfect topper for the bed inside the trailer. 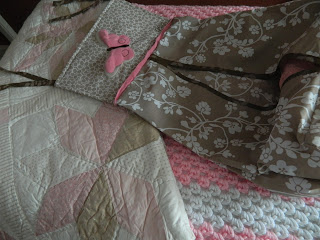 And, the set's coordinating laundry bag can hang inside a closet to store towels and other linens.

You just never know where inspiration might strike, and I've now added 'children's section' to my itinerary on thriftiquing ventures!
Posted by Girl Camping Girl at 11:06 AM 17 comments:

I can testify: Until you've done it, the idea of taking your vintage trailer apart for rot repair is daunting (use this link to go to Rot Repair 101, the earlier post on disassembly). 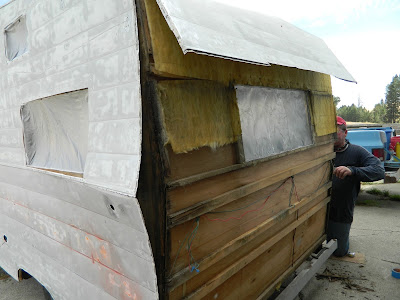 This is my 1965 Shasta compact, which sat under cover for 6 years until I learned the take-apart process with another trailer.

Thanks to my guinea-pig trailer, which turned out great, I lost my fear of removing pieces of a trailer, and also learned that the simple construction of a small vintage trailer makes it less complicated to fix than I'd feared.

Shastas have a reputation for rotting at the rear corners, and mine was no exception. Water had gotten in over time after the original seals got old and disintegrated. Because water always flows downhill, the moisture migrated to the 50-year-old rear corners, rotting them. 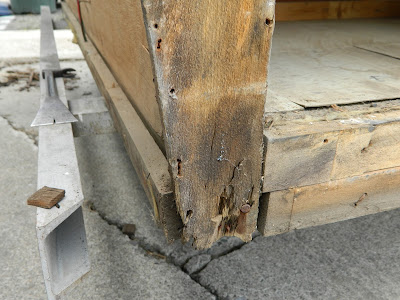 This is the right-rear corner. It was so soft from rot that I could pull it apart with a fingertip. 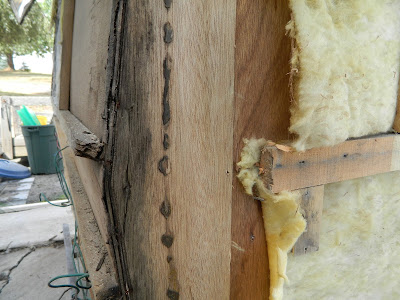 This is the same piece of the framing, higher up. The rot extended up about another foot, and went sideways into some horizontal framing pieces. The corresponding large frame piece on the other side was almost as bad. (Note the darker brown wood that's under the insulation--that's the backside of the interior paneling.) 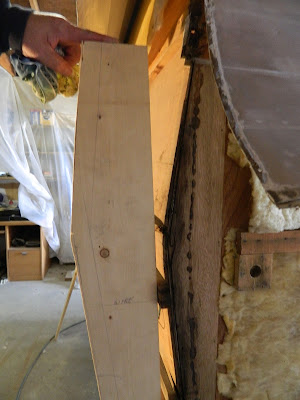 The old frame pieces, before they were removed up to the point of healthy wood, were used as patterns to make new ones. Each one was custom-cut from a 1x6 piece of new lumber. 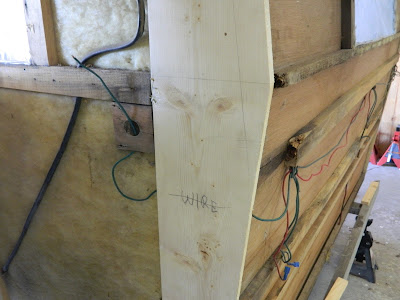 During the pattern process, places for wiring holes were marked and drilled. The pieces weren't fastened on until the holes were done. 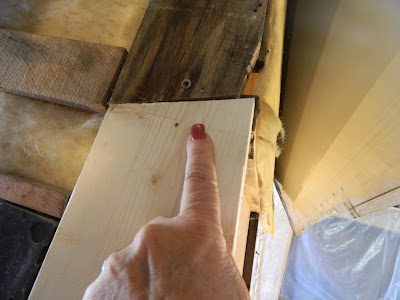 Each new side piece was sprayed on its back side with a fast-set wood glue. Then it was butted up beneath what remained after the rotted section was removed. 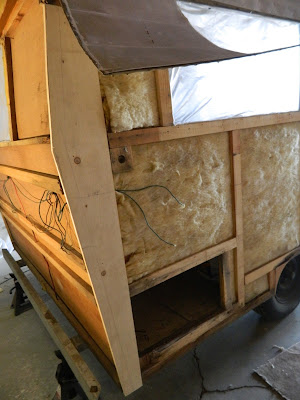 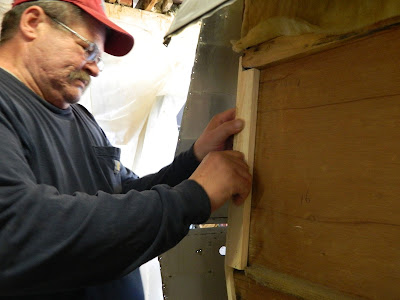 Next, the rotted 1x2 frame pieces were replaced. (They were removed before the side pieces went on.) 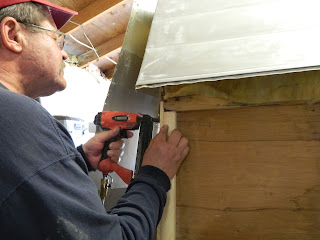 These pieces provide structural support, as well as surface area for nailing and connecting the side pieces. 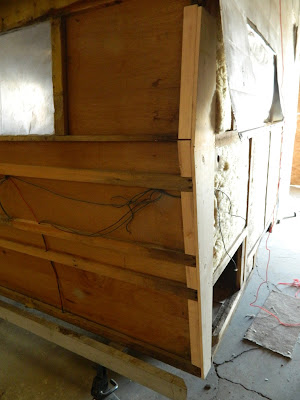 Here is a completed rear corner. (You'll note some discolored old wood; it was allowed to remain as it wasn't rotten.) 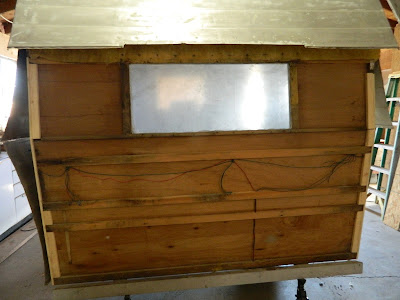 And, here's the completed rear-end rot repair job, ready for new insulation to be added before the skin goes back on.

Cost: About $40 in lumber, and $20 for each 4x8 section of foam board insulation. As long as the skin was lifted, I went ahead and replaced as much old insulation as possible, all the way around.

We put the skins back on, then painted the trailer, and reinstalled the windows, door, vents, J-rail, and other trim with new butyl tape and edge sealant. 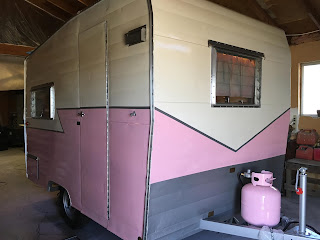